Zoo Software - is your system ready to go cashless?

There are times when working for a company that creates software for family entertainment facilities can interfere with a simple family outing in unexpected ways.  Take my recent foray to a local zoo with my family of 10.  As I waited in what I thought would be the shortest line (Ha!) observing the admissions folks, my mind involuntarily turned to what they could be doing to increase the line speed and get me and my family through the gate before the children completely lost the ability to contain their excitement at seeing the animals.

Once through the gates, we began our adventure in earnest.   We are season pass holders (because for a large family like ours it is actually cheaper to get a family pass for a year than to pay for a single admission) – and so I didn’t really think about carrying extra cash – but this year I was greeted with a surprise – several cool new attractions inside the park that had separate entrance fees.  Looking at the lines leading to the frustrated looking cashier with her little metal cash-box, trying to count back change while the line kept growing, I was actually happy to have an excuse for the kids why we could not go in to these attractions – no cash.

After I got home I started thinking about my experience – 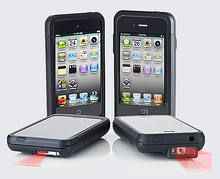 and about the new iPod based wireless ticket validation system CenterEdge has developed.  If the zoo had been using a such a system, allowing me to pre-load value on our season passes or on an admission wristband etc., I would have probably let the kids who wanted to spend the extra money go ahead and enter the attraction.   If the lines had been moving more swiftly I would have been far more tempted to drop the extra cash – but as it was the system itself created a barrier to me spending more money inside the park.  Judging by the number of people who also skipped around the lines - I know I was not alone.

Are you ready to maximize your extra-value attractions?  Click the button below to request a demo of how CenterEdge can help your zoo or aquarium go cashless!